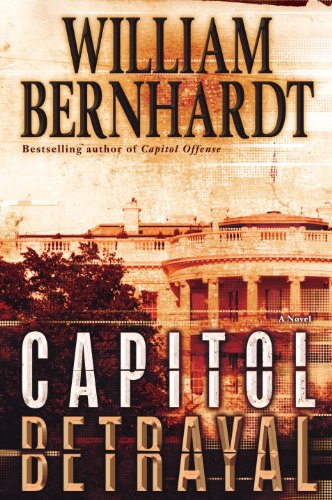 Ben Kincaid has lost his bid to be elected to the U.S. Senate in Bernhardt's less than credible 18th thriller to feature the honorable Oklahoma lawyer (after ). Ben's wife, Christina McCall, also a practicing attorney, has moved the family law firm to Washington, D.C., and is in charge of operations, while Ben works on legal issues for the newly elected U.S. president, Roland Kyler. Ben is at the White House with the president, the vice president, and other cabinet members when they learn that the nation is under missile attack. Ben and the others rush to an underground shelter deep beneath the White House, where the vice president makes a bid to replace Kyler, who's been acting bizarrely. This results in a trial of sorts, with Ben defending the president. A side plot starring Seamus McKay, a CIA agent in the James Bond mold, takes place topside while the trial grinds on below. At times the action borders on the silly, though series fans are unlikely to mind.