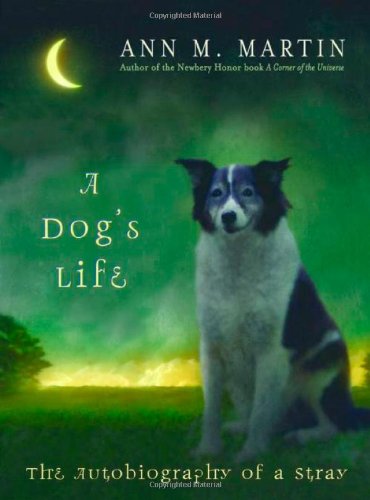 Martin's ( ) winsome novel, written from a canine's point of view, is sure to melt the hearts of animal lovers, as she traces the dog days of a stray named Squirrel from birth to old age. The pooch spends his first few months safe and warm inside a shed. She first ventures out into the larger, more threatening world after her mother disappears and brother Bone decides it is time to explore the woods. From then on, life becomes a battle of survival for Squirrel, scrounging for food, avoiding busy streets and remaining wary of humans who may or may not be friendly. During her life, Squirrel gets separated from her brother, finds and loses a canine companion named Moon, and stumbles upon a handful of temporary owners who do not always prove to be loyal. Besides offering a glimpse of how strays learn to fend for themselves, this saga of a lonely dog delivers a subtle but strong message to potential dog owners, conveying the negative effects of neglecting, ditching or abusing a pet. After following Squirrel's harrowing encounters with freezing temperatures, dangerous enemies and near starvation, readers will utter a sigh of relief when she finds a human who needs Squirrel as much as Squirrel needs her. Ages 9-12.