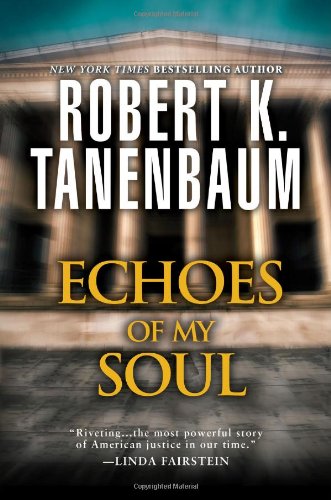 Echoes of My Soul

In his third true crime offering (after The Piano Teacher), Tanenbaum—best known for his legal thrillers about Butch Karp and Marlene Ciampi, lawyers in the New York District Attorney’s office—examines the convoluted and dramatic case that followed the brutal murders of two young women, Janice Wylie and Emily Hoffert, in New York City in 1963. Relying on court transcripts, crime-scene photos, and the reminiscences of his legal mentors—Mel Glass, John Keenan, and D.A. Frank Hogan, all of whom were involved in the case—Tanenbaum recreates the proceedings with a novelist’s sense of plotting. The seasoned attorney and two-time mayor of Beverly Hills, Calif., details how a young black man, George Whitmore Jr. (who had an IQ of less than 70), was connected to the killings by a confession extracted under extreme duress. Luckily, Manhattan Assistant D.A. Glass took an interest in the case and began to question the police tactics used to accuse Whitmore. A clue worthy of crime fiction eventually leads to the capture of the real killer, and a trial cleverly conducted by Keenan reveals police incompetence (and possible malfeasance) and sets Whitmore free. Tanenbaum’s take on the case, which was cited by the Supreme Court in its 1966 Miranda v. State of Arizona decision regarding self-incrimination, is a thrilling and insightful addition to the true crime genre. Photos. Agent: Bob Diforio, D4EO Literary Agency. (May 28)
close
Details