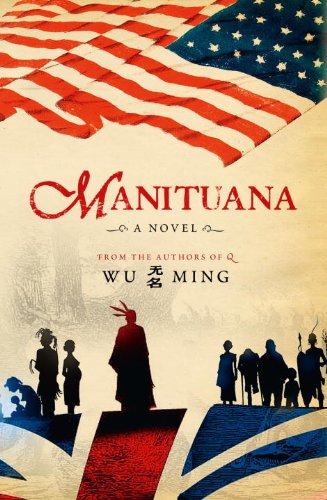 After tackling the cold war via Cary Grant in , the Bologna, Italy, writing collaborative Wu Ming's third production is set amid radical conflict between the British Empire and American colonies in the late 18th century. After a string of duplicitous moves aimed at undermining and stealing from the Mohawk tribe, Mohawk war chief Joseph Brant must decide who to side with as the colonial militia marches through Massachusetts toward Canada to confront the British. As the escalating turmoil reverberates into the Mohawk River Valley, Brant, with his family, comrade/hunter Philip Lacroix and an immense convoy of warriors, sets out on a journey plagued by misfortune and bloody rebel attacks. From dry river beds at Fort Stanwix and the momentous capture of Ethan Allen in Montreal to the streets of London, dread eventually sets in by 1777 as the group disbands in an attempt to counteract its imminent defeat. Though this is a more cumbersome read than Wu Ming's previous (and more enthralling) works, the vivid scenery, well-developed characters and crisp translation are immensely satisfying. (The story is being continued on the group's Web site, with an open invitation for readers to contribute.)