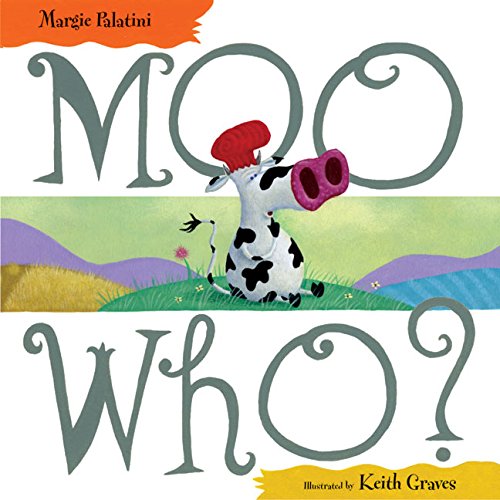 When the cow Hilda Mae Heifer gets hit on the head by a flying cow pie, she wakes up clueless about the sound she's supposed to make. To the rest of the barnyard animals, that's no real tragedy. In fact, the general directive prior to her accident has been "Cover your ears when Hilda hit[s] a high note." But poor Hilda's quest to recover her sound seems to bring out the animals' benevolent side. Upon hearing the cow trying out his honk, a goose dons nerdy glasses, grabs a pointer and some visual aids, and lectures Hilda on what she is not. "Do you fly to Canada every year?" he says, map in tow. The pig, less successfully, tries to suggest that if Hilda were porcine she would most certainly have relatives who were "big boars"; Hilda thinks, "Maybe that did describe some members of her family." Palatini ( ) maintains a simultaneously arch and familiar tone throughout, narrating like a daffy relative, and Graves's ( ) illustrations goose the jokes even more. His pictures—and his portrayal of the magnificently pink-snouted Hilda in particular—take on a corpulent plasticity. As for Hilda, she does indeed get her moo back. "Everyone else," writes Palatini, "got earplugs." Ages 4-7.