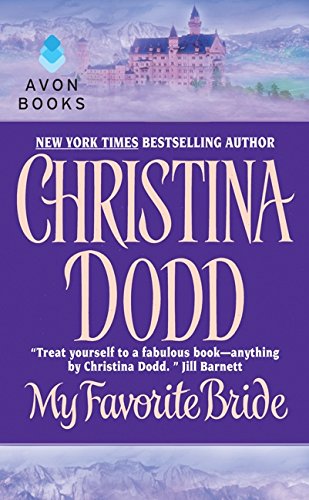 meets in Dodd's refreshingly humorous addition to her post–Regency era Governess Brides series (, etc.). After being dismissed—again!—for her inability to stand by and watch injustice reign, Samantha Pendregast, a born and bred Londoner and ex-cutpurse, is exiled by the proprietress of the Distinguished Academy of Governesses to the wild Lake District and the home of widower Colonel William Gregory and his six daughters, who've already run through 11 governesses. Despite her preoccupation with the governess-eating bears, wolves and lake monsters that supposedly roam the area, Samantha captures the interest of the children and of the colonel, who finds himself distracted from his spy-catching duties by his mouthy and clever governess. Determined to fight temptation, William entertains a noblewoman who has all the wifely qualities he desires—except, he realizes, desire itself. The comedy that highlights Samantha's and William's sparring magnifies the couple's compatibility, and Dodd serves her hero and heroine well by allowing them to mostly escape the grim, lust-led relationship that characters from her previous books have endured. But passion still thrums throughout, peaking in the sexy scenes Dodd's fans have come to expect.