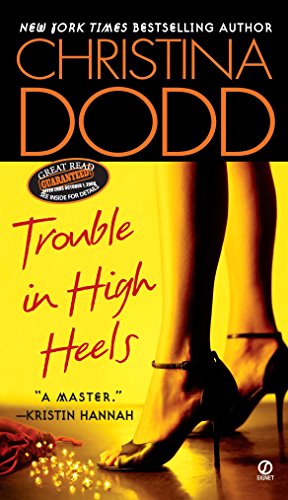 Despite a cover featuring a modern pair of designer heels, this far-fetched romantic intrigue feels like a Regency awkwardly dressed in contemporary clothes. You have your arrogant rake, playboy Italian count and indicted jewel thief Roberto Bartolini; the woman who can tame him, his gorgeous attorney Brandi Michaels; and a gaggle of high-society supporting characters among the Chicago elite. Throw in a steamy, melodramatic early encounter between Roberto and Brandi, a world-renowned diamond called the Romanov Blaze, a Chicago crime ring and a silly court ruling that places Roberto in Brandi's custody, and you have a romance with an identity crisis. There are moments of suspense and flashes of sensuality (buried beneath groaners like "I only want to take you to the brink of pleasurable insanity"), but the story doesn't hang together. The protagonists rarely transcend their stock roles, and the chaotic plot is oddly predictable. Dodd, who cut her teeth on historicals, has penned memorable contemporaries (see ), but this tale is much like cubic zirconia—sparkle and flash but little else.