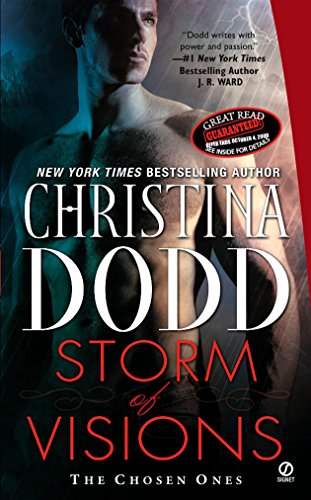 Dodd ( ) kicks off a new paranormal romantic suspense series with this gripping story. Jacqueline Vargha desperately denies the gift that rates her a place among the Chosen Ones, a group of seven extrasensoried young people who will battle the devil’s minions, the Others. Under the influence of her adoptive mother, powerful psychic and tabloid queen Zusane, Jacqueline joins the other six Chosen just before an explosion kills their would-be mentors. Alone but for Caleb, Zusane’s bodyguard and Jacqueline’s former lover, and two elderly, ungifted assistants, the new Chosen seek out the saboteur. Caleb and Jacqueline’s on-again-off-again romance is a little thin, but the taut, suspenseful plot, intriguing characters and a smooth, natural style show that Dodd has earned her place on the bestseller list.