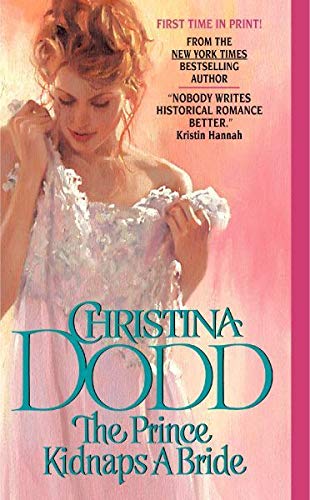 The Prince Kidnaps a Bride

Dodd's fine, final installment in her Lost Princess series recounts the story of Crown Princess Sorcha of the tiny European country Beaumontagne. Forced into hiding in a Scottish convent 10 years earlier, when revolutionaries threatened her country, the winter of 1810 sees Sorcha is returning home after learning that her domineering grandmother has control of the country. Fearing assassins, Sorcha leaves the convent disguised as a man, but it isn't long before a wayward, dull-witted fisherman named Arnou joins up to help protect her on the journey. Unbeknownst to Sorcha, Arnou is actually Prince Rainger, the arrogant young man to whom Sorcha was betrothed at birth. After years of imprisonment by a cruel usurper—years that gave rise to rumors of his death—Rainger is determined to win back his kingdom and take Princess Sorcha for his wife. As the journey rolls on, secrets are revealed and passions are succumbed to, building swiftly toward Rainger's confrontation with his nemesis. Dodd, long a force in historical romance, does not disappoint with her latest, expertly combining compelling romance, intelligent dialogue and a page-turning plot.