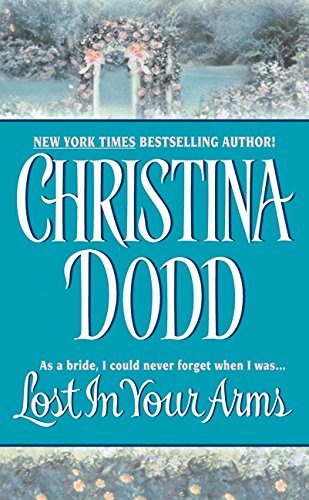 LOST IN YOUR ARMS

Fraught with overwrought characters and contrived plot twists, the fifth entry in Dodd's early Victorian-era Governess Bride series picks up where the previous novel, , left off. Unlike the other members of the Distinguished Academy of Governesses, Enid MacLean is neither single nor a governess. She's a strong-minded nurse who was abandoned nine years ago by her ne'er-do-well husband, Stephen, after only three months of marriage. Now her delinquent husband is back, badly wounded by an explosion in the Crimea and in need of her healing touch. Enid reluctantly returns to find him scarred, suffering from amnesia and in peril from a Russian spy. Unfazed by Stephen's condition, Enid promptly regales him with stories of his past sins, never realizing that the man who both angers and entices her may not be her husband. The novel jumps abruptly from one angst-ridden confrontation to another, rushing toward a staged, sensational conclusion that holds more sparks than substance. Although the romantic tension between Dodd's hero and heroine will pull readers onward inexorably, the espionage subplot lends little credibility or depth to this trite tale.