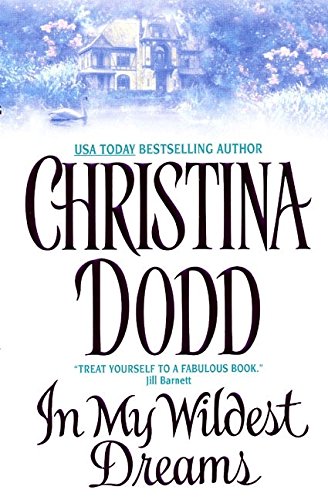 IN MY WILDEST DREAMS

With this delicious, witty confection, Dodd adds another early Victorian episode to her Governess Brides series and forsakes the angst that gave her earlier Governess titles (, etc.) a bitter flavor. Widower Garrick Throckmorton is a careful man with a clear plan for the upcoming week: get his handsome, irresponsible brother, Ellery, engaged to a wealthy heiress; establish the highly accomplished new governess, Celeste, in his nursery; and uncover the mole in his spy network who is leaking English secrets to the Russians. Celeste, the most benign-seeming item on Garrick's agenda, proves to be the sharpest thorn in his side when Ellery falls for the laughing beauty. To safeguard Ellery's impending nuptials, Garrick selflessly decides to seduce Celeste, but he ends up spinning a sensuous web in which he snares himself. Spunky and self-assured, Celeste fleshes out to be a genuine romantic heroine, and Garrick's self-discovery nicely parallels her own realization that she's falling for the supposedly less handsome and more stodgy brother. Supporting characters such as Garrick's mother, an ex-spymaster herself, Celeste's dour father and Ellery's determined fiancée add spicy humor to this delectable mix.