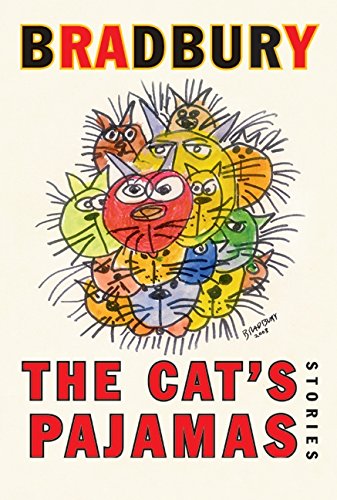 The 20 brisk, imaginative tales (18 previously unpublished, with many written in the 1940s and '50s and others as recent as 2003) in Bradbury's latest collection show the astonishingly prolific author in lights of varying favor. Bradbury aims for a moral in "Chrysalis" (1946–1947), when a young black man who's tried for years to bleach his skin and a young white boy with a deep tan get the same racist response from a hot dog vendor. Skin color is also the issue in "The Transformation" (1948–1949), a set piece in which a gang of carnival workers enact revenge on a notorious rapist with the help of a tattoo gun. Standouts among the more fantastical stories include tales of civilized giant alien spiders yearning for Earthly integration; a pair of traumatized time travelers disturbing their nervous neighbor; and a U.S. president trying to reclaim the country after 12 drunk senators gambled it away to an Indian chief (a story that, Bradbury notes in the introduction, he wrote in "a few hours"). Several entries rely on personal paradox: a "freeway graffiti stuntman" becomes famous only after his accidental death in "Olé, Orozco! Siqueiros, Sí!" and an unknown intruder terrorizes a family of agoraphobes in "The Island." Alternately thoughtful, whimsical, probing and slapdash, these tales are a mixed bag, but a very interesting one.