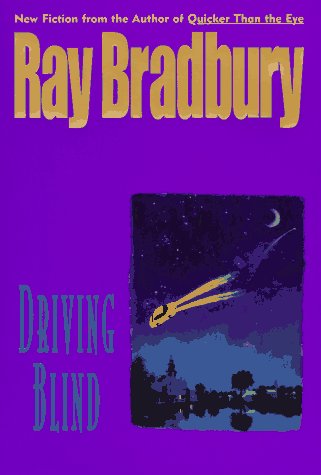 The 21 stories in Bradbury's new anthology are full of sweetness and humanity. Despite bizarre actions and abstract twists, all are grounded in the everyday. Here are sketches, vignettes, strange tales, colorful anecdotes, little tragedies, hilarious lies and metaphysics too. Here are a spinster's ancient love letters and the man who wrote them, wholesome small-town folk and conniving sharpsters, a moribund circus camel, a homicidal garbage disposal and a dead man searching for mourners. Much of the text is dialogue, and it works because Bradbury excels at portraying the robust textures of American speech. He is unapologetically romantic: most of the stories have love songs in them, or thunderstorms, or both, and no one seems to need to lock their door. Only four of these tales are science fiction, and one of those sneaks very cleverly out from under the genre's strictures: in the title story, Mr. Mysterious, a black-hooded stranger, is befriended by a boy whom Norman Rockwell might have painted. The reader is led to expect a supernatural change beneath the hood, but the boy has an insight of almost Philip K. Dickian subtlety about the nature of reality and memory that allows Mr. Mysterious to redeem his troubled history with both feet on the ground, while Bradbury leaps to an ecstatically optimistic ending. A few of the entries are less finished. ""Mr. Pale,"" the book's one outer-space story, leans heavily on certain tropes about the dilemmas of immortality without actually giving them substance. But in the face of Bradbury's craft and humanity, these are minor flaws. (Oct.) FYI: Bradbury's next novel, From the Dust Returned, is due out from Avon in 1998.
close
Details