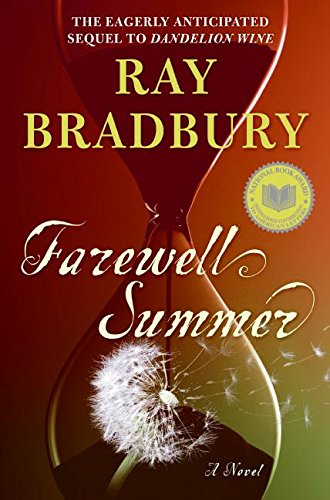 This poignant, wise but slight "extension" of the indefatigable Bradbury's semiautobiographical picks up the story of 12-year-old Douglas Spaulding in October of 1928, when the warmth of summer still clings to Green Town, Ill. As in his episodic 1957 novel, Bradbury evokes the rhythms of a long-gone smalltown America with short, swift chapters that build to a lyrical meditation on aging and death. Playing at war, the imaginative Douglas and his friends target the town's elderly men, and the outraged 81-year-old bachelor Calvin C. Quartermain attempts to organize a counterattack against the boys' mischief. Rebelling against their elders—and the specter of age and death—Douglas and his gang steal the old men's chess pieces before deciding that Time, as embodied by the courthouse clock, is their true nemesis. The story turns on a gift of birthday cake that triggers Douglas and Quartermain's mutual recognition: "He had seen peer forth from the boy's eyes." Soon thereafter, Douglas's first kiss and new, acute awareness of girls serves as the harbinger of his inevitable adulthood. Bradbury's mature but fresh return to his beloved early writing conveys a depth of feeling. ( .)