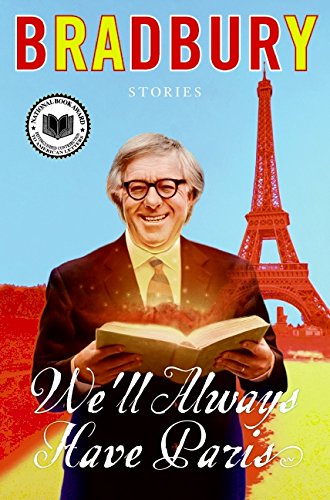 A nostalgic collection of stories by the celebrated author finds humor and tenderness in unexpected encounters. A few of these brief tales deliver the trademark Bradbury chill, such as “The Reincarnate,” in which a newly dead man harbors the doomed hope of rejoining the living. Or the creepy “Fly Away Home,” which sends to Mars “rocket men” who re-create buildings from their hometowns to keep from going mad. Other stories are sentimental character studies, such as “Massinello Pietro,” about a flamboyant man who keeps a menagerie that the neighborhood and the police see as a public nuisance, or “Pietà Summer,” an affecting boyhood memory about a sleep-deprived 13-year-old who's excited about the two circuses coming to town. Other stories delve into romantic ironies, as in “Un-pillow Talk,” in which two new lovers unravel the steps that brought them to bed, or the curious title story, which follows a married American man through Paris as he pursues an alluring young Frenchman. Though many of these feel like they've been sitting in a drawer for decades, Bradbury's fans will find his fiction still open to experimentation.