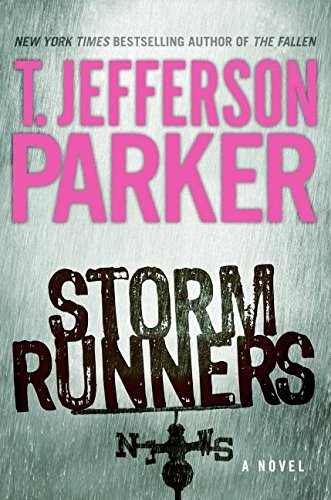 Bestseller Parker's 14th California crime novel opens with an unforgettable sentence: "Stromsoe was in high school when he met the boy who would someday murder his wife and son." The wife and son are both killed by a bomb meant for Matt Stromsoe, an Orange County detective on the trail of his former classmate, Mike Tavarez, now a leader of La Eme, the Mexican mafia. Tavarez goes to prison for life for the bombing, while the seriously injured Stromsoe, after a long recovery, takes a job guarding Frankie Leigh, a popular TV weather reporter in San Diego. Leigh has a stalker, who turns out to be employed by the Los Angeles Department of Water and Power; the DWP wants Leigh—and her research on rainmaking—out of the picture. Parker ( ) creates his usual interesting, multifaceted characters, though the plotting, which reconnects Tavarez with Stromsoe, is clunky. Still, the insights into La Eme and the science of rainmaking as well as the inevitable confrontation between the two principals show why Parker ranks as one of the top contemporary suspense writers.