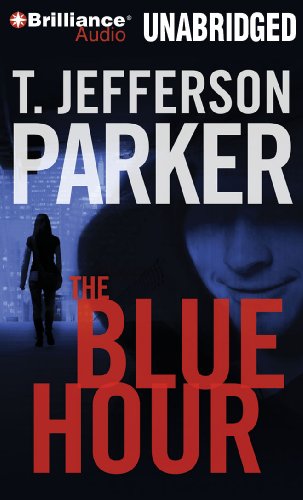 This blast from Parker's past is as fresh today as when first published a decade ago. The plot may be familiar—a seemingly mismatched cop duo searches for a shrewd serial killer—but the spin the author gives it is as original and surprising as his characters. Tavia Gilbert is particularly on target in giving voice to the ambitious, over-achieving young detective in charge of the investigation, Merci Rayborn. Gilbert begins with a brusque, abrasive approach that softens slowly as Merci comes to appreciate and even love her partner, Tim Hess, a 70-year-old, recently retired cop undergoing cancer treatment. Gilbert's vocal treatment of Hess isn't quite as successful. She captures his sense of professionalism and confidence, but does not convey his age and weariness. She uses subtle but effective changes to distinguish the rest of the cast, saving her better interpretations for two of the detectives' prime suspects—a credible European accent for a creepy Romanian former sex offender, and a sarcastic tone for an obnoxious self-styled “golden boy” who thinks of himself in the third person as Big Bill Wayne. She also adds her own enhancement to Parker's uniquely thrilling and poignant finale.