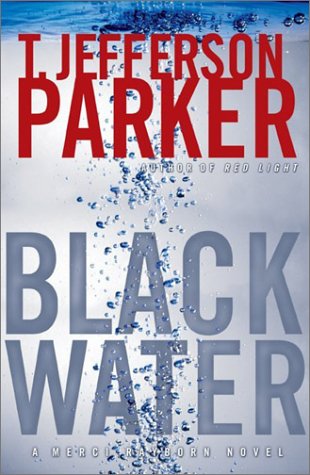 After 10 California noir cop thrillers, Parker may have finally settled on a series character to anchor at least a portion of his work: Merci Rayborn, a single mom consumed by her job as a homicide detective with the Orange County Sheriff's Department. and Edgar-nominated both chronicled the professional fall from grace that left Rayborn a black sheep in the department, and she remains a fascinating (if somewhat distressing) character to watch. Without her colleagues' full cooperation, she plows into a thorny double shooting: a beautiful young woman, Gwen Wildcraft, is found dead in her lavish hillside home, while her husband, sheriff deputy Archie Wildcraft, lies in the garden with a bullet in his head. Archie manages to survive, but has little memory of what happened. Growing evidence, however, indicates that he murdered his wife, then failed at trying to kill himself. Despite the media clamoring for answers and political pressure mounting to arrest Archie, Rayborn's instinct tells her this was not a bungled murder/suicide. Instead, the case points her in other directions, toward an upstart biotech company, Russian mobsters and Archie's nearly impenetrable past. Parker takes great strides in unfurling Rayborn's life of quiet desperation and that of her immediate social circle—her father, her partner on the force and her young son. Though lacking the kind of explosive finale that marks most of Parker's novels, this latest is a showcase for mood, setting and pace.