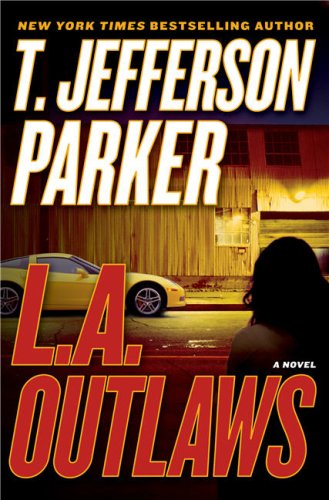 The irresistible antihero of this outstanding thriller from bestseller Parker ( ) calls herself Allison Murrieta and claims to be a descendant of Joaquin Murrieta, a 19th-century figure who looms large in California folklore (he was either a ruthless robber and killer or an Old West vigilante and Robin Hood). By day, Allison is Suzanne Jones, an eighth-grade history teacher with three sons in Los Angeles; by night, she dons a mask, straps on her derringer and steals from the greedy. Beloved by the media, she never uses the gun; her victims are never sympathetic; and she gives part of her loot to charity. But while stealing diamonds belonging to a master criminal known as the Bull, she witnesses a gangland-style bloodbath at the hands of Lupercio, a ruthless assassin working for the Bull. As she's leaving the scene of the crime, L.A. sheriff's deputy Charles Hood stops her, and that's when the plot gets complicated. The Bull wants his diamonds back. Lupercio knows Murrieta/Jones took them. Hood wants Jones to identify Lupercio. And the public wants to know who Murrieta really is. This tour de force of plotting and characterization may well be Parker's best book.