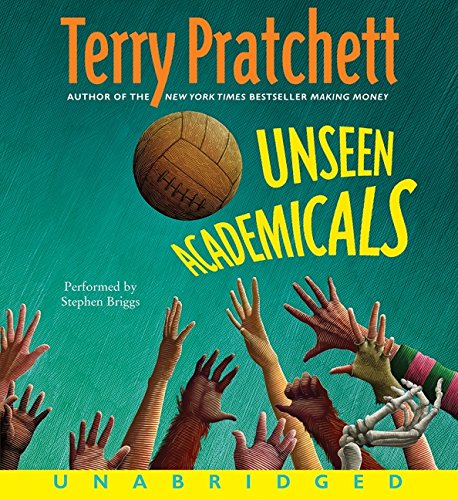 In the magical universe of Discworld, the dithering and very dotty wizards at Unseen University struggle to master the arcane rules of football as they enter a violent street sport competition. The challenges include getting the sedentary and distracted professors to play with some enthusiasm (and without magic), defending themselves against their opponents’ unsportsmanlike behavior, and naturally, to win. It’s not easy to track the multitude of characters, but Stephen Briggs gives each of them a distinctive voice. Briggs has been adapting Pratchett’s novels to the stage since 1991, and the recurring characters are his to command. His performance brings out the best of the satirical humor and Pratchett’s really good bad puns. Fans of Discworld will not be disappointed.