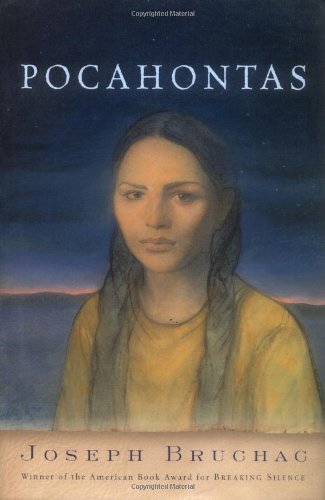 Repeating the narrative structure he used to great success in , Bruchac alternates between two stylized voices for this less involving story. The uneven narrative follows 11-year old Pocahontas, the favorite daughter of Chief Powhatan, and Captain John Smith of the James Town settlement in the Virginia colony as their destinies cross in 1607. Pocahontas's story possesses greater immediacy, partially because the author develops her character more fully and because her observations sketch a more complete world (e.g., she tells readers, "One of the strange things about Coatmen [European settlers] is that many of them seem to value their possessions over friendship or human lives"). Smith's words, meant to echo the cadences of the actual diaries and records that introduce each of his chapters, sound stiff and passive, even when chronicling what should be dramatic tales of infighting (a selfish president hoards food while others starve and mutiny). The back-and-forth stories document clashes of culture, such as when a gift-bearing Powhatan envoy innocently picks up and admires a shiny "tomahak" and a European strikes him for attempting to steal his "hatchet." But the two protagonists do not meet until late in the novel, and readers may be frustrated to find that the most compelling and complex action occurs at the end, when the Chief and Pocahontas attempt to broker friendship while Smith harbors hidden ambitions—an intriguing plot development that trails off abruptly. Ages 12-up.