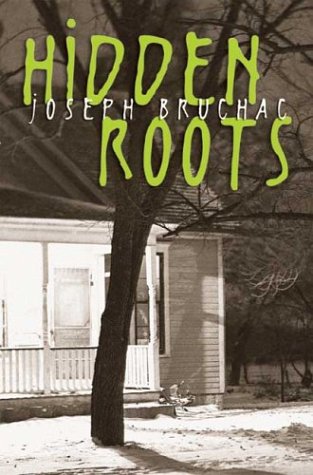 Reprising his signature themes, Bruchac sets up this taut novel to reveal a chilling bit of history: according to an endnote, the Vermont Eugenics Project, signed into law in 1931, enabled the state to incarcerate and sterilize many Abenaki Indians, on the grounds that they had "bad genes," leading other Abenaki to conceal their Indian identities. This revelation comes only near the end, although fans of Bruchac's writing and attentive readers will suspect much sooner that 11-year-old Sonny, the narrator, is related to the Indians whose customs and beliefs his Uncle Louis relates with such passion and insight. Sonny has plenty to contend with. The dawning Cold War, in 1954, means air-raid drills and talk of nuclear bombs. Yet even the bomb may not be as scary as his father, an abusive man so volatile that Sonny vows, "I will never be as angry as my father." Why does Sonny's father get so angry at Uncle Louis, and why does he have to work at the paper mill, where the machines mangle workers' limbs and chemicals poison the river? A terrible accident that costs Sonny's father part of his right hand, and a friendship with the town librarian, who shares the news that she lost her German Jewish parents in the Holocaust, reminds everyone to value what will always belong to them, namely, their identity. The author doesn't quite master all that he introduces, but the climactic shocker has the intended effect, and is certain to have a searing impact on the audience. Ages 9-12.