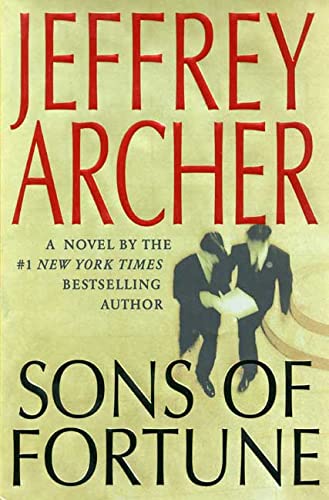 Veteran novelist and British politician Archer () is currently serving a prison sentence for perjury, so readers can perhaps forgive him if this latest effort falls short of his usual standard. The implausibly plotted novel follows fraternal twin boys separated at birth by a bizarre set of circumstances. Nat Cartwright and Fletcher Davenport are born in Hartford, Conn., in the early 1950s. A meddlesome nurse sends them home with different families. Nat is raised in a lower-middle-class household, attends the University of Connecticut, serves heroically in Vietnam and goes into banking. Fletcher, the wealthy Yalie, becomes a lawyer and a politician. The men are repeatedly thrown into competition with each other, whether for admission to college or in their professional lives, their rivalry culminating when they both run for governor of their home state. The characters are too thin, and their respective worlds too littered with clichés, to offer a satisfying portrait of the baby boomer generation. Contrived plot twists offer little distraction, while the dialogue sometimes reads like a set of photo captions—information without emotion. "When you think about it, they are the obvious predator," says Nat about a takeover threat. "Fairchild's is the largest bank in the state; seventy-one branches with almost no serious rivals." Archer is usually a skillful storyteller, but he drops the ball here.