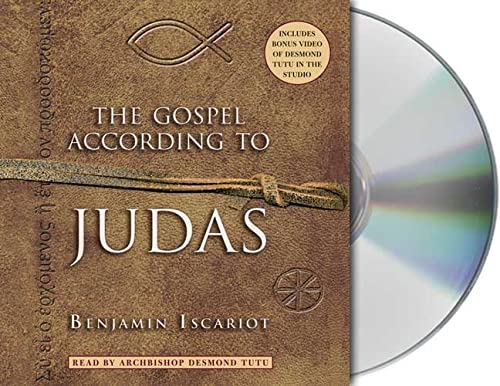 The Gospel According to Judas

Not to be confused with the historic (2006, National Geographic), this is a novella by “Benjamin Iscariot”—a fictionalized son of Judas who is eager to rehabilitate his father’s reputation. This collaboration between novelist Archer and Roman Catholic theologian Moloney changes a few things from the traditional story, e.g., refuting the notion that Judas committed suicide and attributing his betrayal of Jesus to the altruistic motive of trying to save his master’s life. But surprisingly, this fictionalized gospel doesn’t have enough fiction; it hews so closely to the chronology and cadence of the New Testament that character development suffers. And although the gospel adds some meticulously researched historical background, helping readers understand the context of first-century Judaism, other features that are prominent in the New Testament record—particularly miracles, healings, and the resurrection—are almost nonexistent. Desmond Tutu’s voice is marvelous in the narration, his lilting South African cadence breathing life into a disappointingly staid text. The final disc includes a brief video interview with Tutu and several minutes of footage of him in the recording studio.