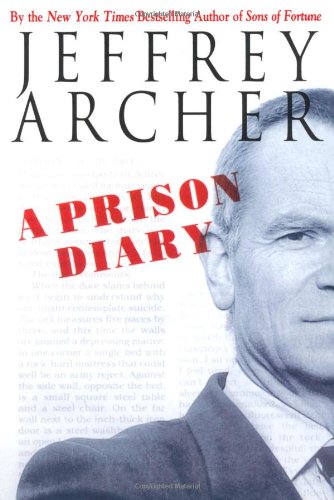 Convicted of perjury in 2001, Archer, a bestselling novelist () and member of the British House of Lords, penned this memoir about his first three weeks in prison, focusing on his daily life, the prisoners' lives and the state of the British penal system. An old hand at plotting novels and developing stories, Archer moves his memoir at a captivating pace, a credit to his storytelling skills considering the book's characters are in their cells for 22 hours a day. Deftly using mundane hour logs, he relates the slow passage of time without falling into the trap of recounting events minute by minute. Knowing that his story as a wealthy, educated celebrity with high-powered attorneys pales in comparison, Archer focuses on the sad, strange and even silly tales of his fellow inmates, a cast of hardened criminals and smalltime crooks. Concentrating on others also serves to help Archer avoid extended fits of melodramatic and self-serving prose (as when he compares himself to Oscar Wilde), which occur when he writes about his own case. But balancing this small flaw with his humorous descriptions of prison food and listening to a cricket match that seems as long as his four-year sentence adds a needed bit of humanity to this controversial politician. Of course, some of Archer's observations and the inmates' tales can't be taken as gospel since Archer is a convicted perjurer and his secondhand stories come from the mouths of murderers and other felons. But those caveats do not override the strong narrative and good writing that make this memoir an intriguing and engaging version of the often-trite prison journal.