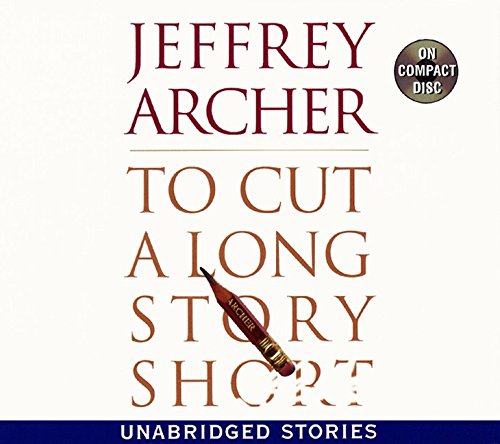 TO CUT A LONG STORY SHORT

This collection of sometimes intriguing, sometimes obvious stories is best suited to a series of short car trips rather than one long one: the listener tends to catch on fast to the O'Henry-esque endings, so the stories are less entertaining all at a gulp. And some might well have been cut shorter. Archer is least successful when the surprise endings turn solely on legal technicalities—as in "Crime Pays" and "Both Sides Against the Middle"—but a lot of fun when he interweaves legal issues with the relationships among the characters—as he does so well in "The Expert Witness" and "The End Game." These two particular stories also work well because, just when listeners think they've got the surprise ending, the plot thickens and twists again and then again. Some of the pieces are based on true incidents. In "A Change of Heart," for example, a South African bigot causes a car accident. The driver of the other car dies, and the bigot's life is saved by a heart transplant—the heart of the black man he killed in the accident. These are lighthearted stories, and Bill Wallace's reading is marvelous. He has a pleasing voice and crisp British accent that are entirely appropriate here, and he knows how to handle humor, irony and character differentiation without overdoing it.