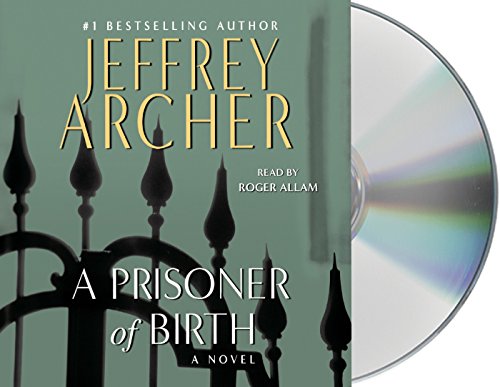 A Prisoner of Birth

Though Archer's new novel is a porridge that mushes together with , Roger Allam gives an award-worthy performance in this crisply paced production. Most challenging is that the main character thinks like East Ender Danny, but often speaks like the nobleman Nick. Allam slides gracefully between the two accents. He also performs the many voices of an unwieldy cast of lawyers, judges, Swiss bankers, guards, police officers, a bartender, a house cleaner and a soap star actor. Sometimes, Allam takes some shortcuts, such as giving all the judges sniffy voices, but he delights in individualizing the better drawn minor characters like Big Al, a former Scottish soldier, and Larry Hunsucker, a Texas oilman and philatelist. A bonus interview reveals little about Archer, except for his spending 300 hours on a draft.