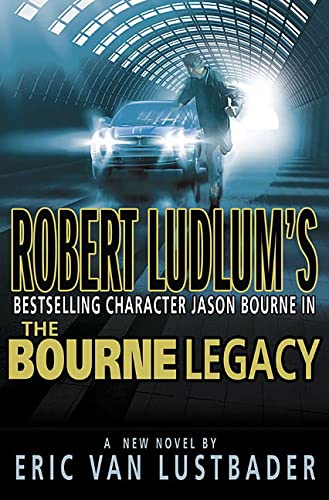 Veteran thriller maestro Lustbader ( , etc.) seizes the reins of Robert Ludlum's bestselling Jason Bourne series, proving that even Ludlum's death can't stop the ex-CIA operative. David Webb, a mild-mannered Georgetown professor, harbors his old Bourne identity deep within his psyche—except in moments of danger. A mysterious assassin, Khan, has targeted Webb. Seeking counsel from his old CIA handler, Alex Conklin, Webb arrives at Conklin's home to find him, along with Webb's psychiatrist and friend, Mo Panov, murdered. Unsurprisingly, it's a setup, and Webb is declared a rogue agent and the prime suspect. His only clue to the real killer is a pad of paper with a faint impression of the notation "NX 20." Meanwhile, in Reykjavik, preparations are underway for the upcoming summit on worldwide terrorism. Even the dimmest thriller reader will immediately intuit that Bourne, pursued by the world's leading intelligence agencies, will end up in Iceland confronting some evildoer out to wreak havoc on the international terror conference. And thus it comes to pass. Lustbader has wisely eschewed mimicking Ludlum's signature style—short punchy paragraphs with lots of exclamation points. His own prose, often cliche-ridden ("Khan felt as if his brain was about to explode. He was shaken to his very foundation"), is perfectly serviceable, effectively conveying the myriad cinematic hairsbreadth escapes, crosses, double crosses, explosions, furious fisticuffs and careening plot twists. It's a hearty serving of meat and potatoes action adventure, just the sort of fare that both Ludlum's and Lustbader's fans relish. .