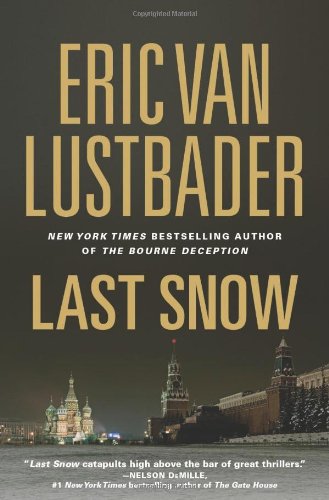 Bestseller Lustbader's wordy sequel to takes dyslexic Jack McClure, former ATF agent and now adviser to recently elected U.S. president Edward Carson, to Moscow, where Carson is negotiating an important treaty with Russian president Yukin. When minority whip Sen. Lloyd Berns dies in a mysterious hit-and-run accident on Capri, the president asks Jack to investigate. Accompanied by Annika, a beautiful Federal Security Bureau agent who's part of a complicated Russian trap, and Alli, Carson's 22-year-old daughter whom Jack saved from a bad guy in the previous book, Jack travels to Ukraine, where Berns was supposed to be on a fact-finding tour. In Kiev, Jack finds a secret agency called , a shadowy group of Russian oligarchs, and plenty of trouble, including a retired American general out to have him killed. Lustbader fritters away many pages with Jack's navel-gazing, time that could have been better spent in gunfights and derring-do.