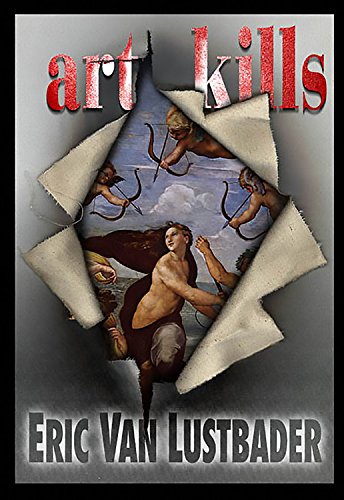 Tess Chase is into the arts—fine and martial—as the heroine of this slender, mildly diverting thriller, in which the allegedly genteel milieu of art dealing intersects with the sleazy world of a notorious New York crime family. When a car deliberately hits and kills Howard Lenz, "a dodgy little art dealer," on Manhattan's Fifth Avenue across from the (fictitious) Empire State Museum of Art, art consultant Tess witnesses the crime. She follows the man who steals Lenz's blood-stained briefcase and discovers it contains a Raphael that was only rumored to exist. The priceless painting is being fought over by warring factions of the Bravanno crime family, one led by the urbane, ruthless Richard Sanborne (who married Jacqueline Bravanno, a Mafia daughter), the other by Antony Bravanno, Jacqueline's estranged brother. Tess finds herself in the middle of a plot that's too complex to unfold seamlessly in a mere 80 pages. She's a great concept for a heroine—an intelligent, sophisticated woman who's not afraid of violent confrontation—but she remains a concept. Lustbader's attempts to render her humanity seem contrived (as does Tess's short, bittersweet romance with Jacqueline). Similarly, most of the minor characters, such as the Mafiosi lieutenants, are crude, familiar caricatures of their type. Though the prose is at times vivid, nothing is as fully developed as it should be, and the ending feels forced. The book reads as if it were a treatment for a movie, lacking the dramatic unity that would make it a truly satisfying short work.