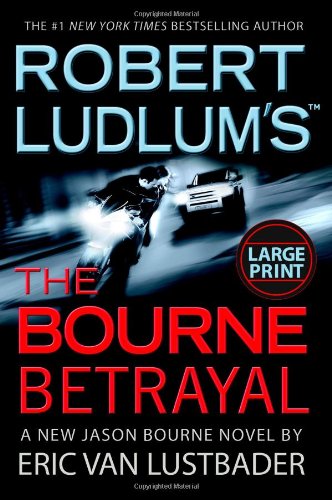 In Lustbader's workmanlike second novel to continue the saga of Robert Ludlum's amnesiac assassin and spy (after 2004's ), Jason Bourne joins the war on terror. Troubled by visions of a woman dying in his arms, Bourne seeks psychiatric help, unaware that the doctor is an imposter who has tampered with the rogue agent's already messy and incomplete memories. That mental sabotage is part of a diabolical plan by Islamic terrorists to strike at Washington, D.C., led by Karim, a human chameleon who has fooled the CIA—and Bourne—into believing that he's actually deputy CIA director Martin Lindros. Aided by an attractive fellow agent who manages to overcome her distrust of Bourne, he races the clock to uncover the traitor within the intelligence community. Lustbader is less successful than Ludlum in dramatizing Bourne's inner torment—a feature that distinguished the character from many similar thriller heroes.