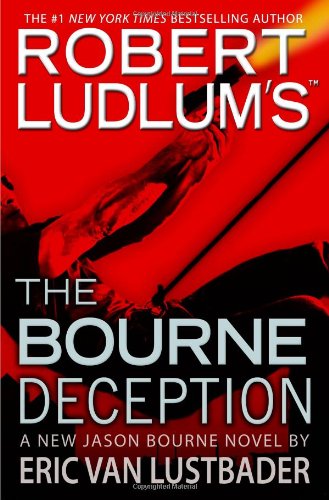 Shadowy master assassin Jason Bourne spends too much time offstage in bestseller Lustbader’s cliché-ridden fourth thriller in the Ludlum franchise (after ). Having pushed his latest archenemy, Russian Leonid Arkadin, off a tanker into the ocean, Bourne assumes his foe must be dead. Not long after, Arkadin ambushes Bourne, hitting him with a rifle shot that would’ve killed a normal man. Seriously but not mortally wounded, Bourne decides to keep his survival a secret. The duel between the pair gets submerged in a plot line about a corrupt U.S. defense secretary’s efforts to use the downing of a civilian airliner in Egypt by an Iranian missile as a casus belli. The action sequences and inevitable betrayals are old hat. Clumsy prose doesn’t help (“She was dead, but he could not forget her, or what she caused in him: the tiniest fissure in the speckled granite of his soul, through which her mysterious light had begun to trickle, like the first snowmelt of spring”).