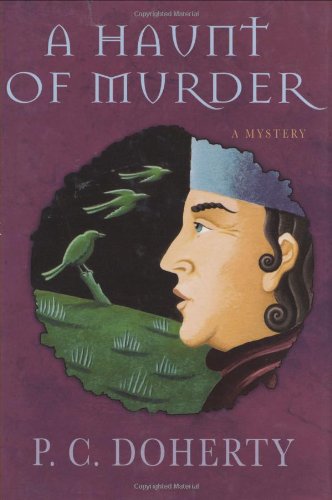 A Haunt of Murder

In 1381, a series of inexplicable murderspits the impoverished peasants of Maldon, Essex, against the upper-class residents of Ravenscroft Castle in Doherty's diverting sixth Canterbury Tales mystery (after 2002's ), told by the clerk of Oxford. Ralph Mortimer, a clerk at Ravenscroft, must figure out who's been slaying villagers and castle dwellers alike. With practically everyone in Maldon a suspect, bringing a killer to justice won't be easy, especially when friends aren't always who they claim to be, and evil spirits are at work within the castle walls. Meanwhile, Mortimer seeks Brythnoth's legendary golden cross from pagan times—and is distracted by grief after his fiancée,Beatrice Arrowner, falls to her death from the castle parapet. Evoking the medieval world through sparing use of period detail and language, veteran British author Doherty weaves an intricate and suspenseful tale sure to please both longtime fans and newcomers.