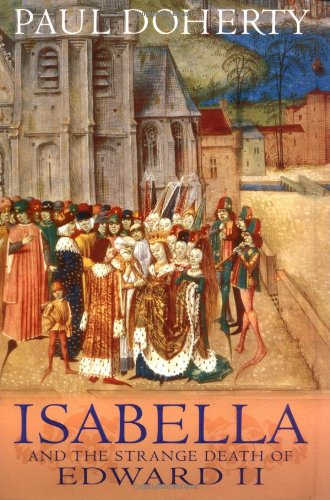 ISABELLA: And the Strange Death of Edward II

This tidy survey of the 14th-century reign of British king Edward II and his queen, Isabella, provides thumbnail sketches of a series of massacres, tortures, plots and counterplots leading to the mysterious circumstances surrounding the death of Edward, the first English king to be deposed from the throne. The prolific Doherty (author of the recent, compelling ) is better known for writing several series of historical mystery novels, including the criminal investigations in an older Britain of Hugh Corbett and Brother Athelstan. Renowned for a sure ability to bring these periods to life in his fiction, Doherty seems strangely hog-tied by facts here. He notes in regard to the problems of determining why celebrity marriages go south today, that "the difficulty is compounded by speculating on such events which occurred 700 years ago." The arranged marriage of Edward, heir to the English throne, and Isabella of France, went spectacularly wrong, with the queen, after she had been in exile in her native France, returning to England with an army to depose Edward. According to one tradition, Isabella arranged his death by means of a red hot poker "thrust up into his bowels." Doherty postulates that Edward may have escaped this dire end in the year 1327, while duly recording Isabella's political supremacy and influence on history, which symbolically lives on in the powers invested in the queen in chess.