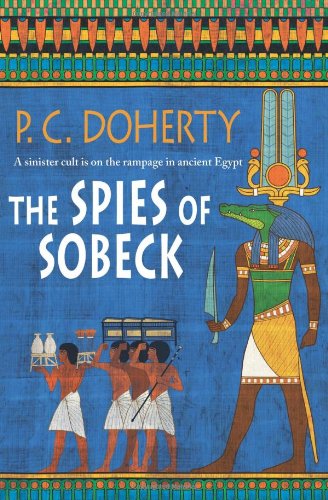 The Spies of Sobeck

Ancient Egyptian cultists use modern terrorist tactics in Doherty's melodramatic seventh historical to feature Amerotke, Chief Judge in the Hall of Two Truths (after 2008's ). Fanatical Nubian worshipers of the hyena goddess Nema will stop at nothing to topple female pharaoh Hatusu so that their land can break away from Egypt. Soon uncertainty and fear sweep the royal capital of Thebes, as the terrorists commit inexplicable locked-room murders as easily as they muster squads of assassins. Amerotke has to protect the people he loves while also unraveling different strands of greed and treason to track down the fanatics' mysterious leader. The richly detailed picture of life in Egypt during the 15th century B.C.E. at times threatens to smother the action. Still, series fans will cheer as Amerotke use the primitive forensic tools available to him along with clever rational analysis in his efforts to solve the crimes.