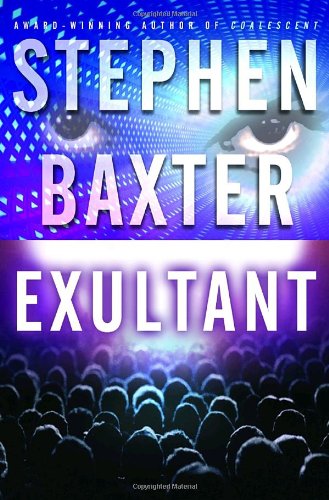 Military SF fans will relish the second entry in Baxter's Destiny's Children trilogy, set long after the events recounted in 2003's . When navy pilot Pirius and his crew violate protocol during a skirmish with the alien Xeelee and end up capturing a ship from "mankind's most ancient and most powerful foe," instead of accolades, two versions of Pirius—Pirius Red and Pirius Blue, from different time lanes—receive punishment. Pirius Red accompanies the eccentric Nilis (we know he's odd because he never wears shoes) to the Earth system to research the captured ship and concoct a way to end the war, while Pirius Blue is sent in disgrace to the Xeelee front for army combat training. As Pirius Red explores the solar system, picking up clues to create a strategy to defeat the Xeelee by striking at their home system, Pirius Blue narrowly escapes death in combat and grows into a leader. Both come to question the doctrines that guide their lives as they realize the extent of their military conditioning. Weak characterization mars an otherwise well-told story as fast-paced action sequences flip to long, dry discussions about physics. Not content with one drop-dead hard-science idea, Baxter concatenates them, one building on the other; even his aliens represent ideas. Female readers may wish the author would take some lessons on portraying romance from Sharon Shinn.