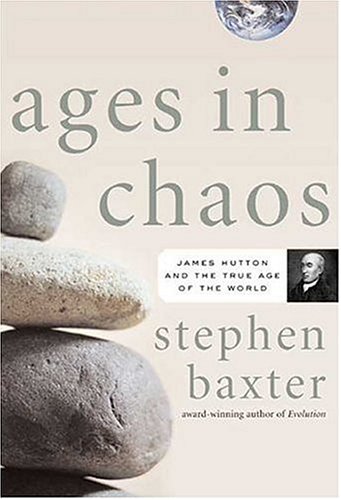 AGES IN CHAOS: James Hutton and the Discovery of Deep Time

James Hutton (1726–1797) was the father of modern geology, but as Baxter reveals, fellow scientists in Enlightenment Scotland didn't take to his ideas right away. Although more than a century earlier James Ussher had famously propounded that the beginning of the world as 4004 B.C., by the 18th century, fossils and other geological evidence were undermining that proposition. Hutton's principle of uniformitarianism—which holds that if physical laws are viewed as consistent throughout time, present conditions must be the result of processes similar to those observable today—showed that the earth had to be much, much older than Ussher claimed. When he presented his theory to the Royal Society of Edinburgh in 1785, however, it met with sharp resistance because of the theory's radical nature and Hutton's failure to present experimental evidence. Only after admirers subtly repackaged Hutton's ideas did they became genuinely influential not just in geology but, indirectly, on Charles Darwin's concept of evolution. Baxter, best known for his science fiction (coauthor, with Arthur C. Clarke), does a commendable job of contextualizing Hutton's career within the Enlightenment. Yet Hutton's struggle never quite develops any drama, and his nonscientific life remains largely a cipher, rendering the scientific lessons somewhat dry.