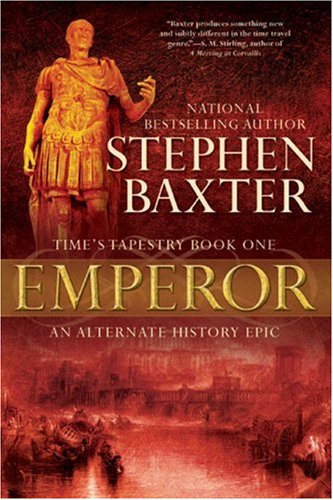 Excellent characterization and deft historical scene-setting lift this first of an ambitious new series from Philip K. Dick Award–winner Baxter ( ), which follows the passing of a prophecy across generations of a British and Roman family, whose members variously interpret its cryptic promise of freedom vis-à-vis the fate of both Britannia and later Christianity. The Latin prophecy, referring to three Roman emperors, is born in 4 B.C., along with the boy who becomes the British chieftain Nectovelin. Half a century later, Nectovelin's cousin Agrippina uses the prophecy to pique the curiosity of the invading Emperor Claudius, who brings her back to Rome. Later, her avaricious Roman granddaughter, Claudia Severa, capitalizes on the predictive words to persuade Emperor Hadrian to build the wall along Britain's northern frontier. An epilogue set at the dawn of the fifth century hints at the rebirth of the prophecy in a more modern form, providing fodder for the sequel.