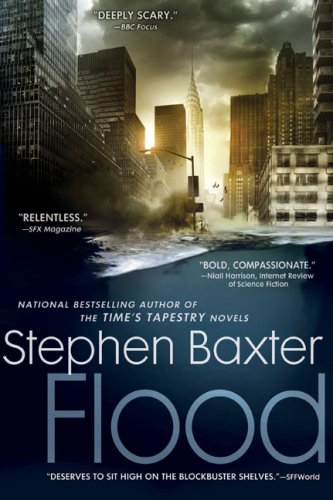 In an engrossing, daring and occasionally overambitious novel, Baxter ( ) narrates the final 42 years of dry land on earth. Four political hostages are freed in Barcelona in 2016, and their stories through the years show the attempts to save the planet even as rapidly rising ocean levels wipe out major cities. USAF Capt. Lily Brooke works with billionaire Nathan Lammockson to build a haven, while oceanographer Thandie Jones attempts to determine the causes of the flooding. Baxter skips ahead years at a time, often eliding major conflict resolutions, character development and deaths; this choice disrupts the storytelling but smartly underscores the isolation in which the characters often operate. Readers who push through will be rewarded with a fascinating apocalyptic visionâ€”but little resolutionâ€”a nice setup for a sequel.