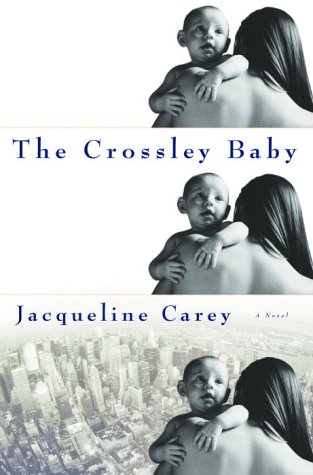 The unexpected death of Bridget Crossley—the single mother of the eponymous baby—is the event that kicks this wry, quirky novel by Carey () into gear. Make that low gear: narrative drive is not the author's strong suit. Opening in New York City in 1990, the story hinges on which of Bridget's two younger sisters will care for 10-month-old Jade: the childless, ambitious and rich Jean or the aptly named suburban mother, Sunny? Jean wants her, but Sunny thinks herself more suitable. Their battle is complicated by Jade's expected inheritance, the millions she should receive as a result of the malpractice suit over her mother's death. But Carey is more interested in character than plot: well over a third of the book is devoted to the backstories of the trio, who grew up on Long Island, raised mainly by their widowed father. As adults, the three sisters embody the range of choices for women of their generation: massage therapist Bridget is an East Village bohemian, Jean is haute yuppie, and Sunny went to Harvard but chose to become a stay-at-home mom. Yet the women are hardly typical or predictable. If the book is a little too cluttered with interior monologues, Carey is nonetheless an engaging and often funny writer ("Theirs had been a typical seventies family: one barely functioning parent, slouching teenagers picking at one another, bongs, an Irish setter missing a leg, bell-bottoms in odd rusty shades like a color TV gone bad"). Her sharp descriptions of the sisters' various milieus give the novel its piquancy.