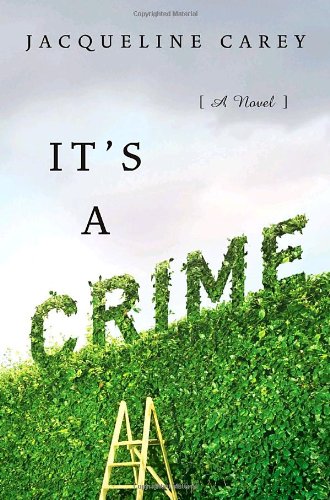 When Frank Foy, a high-living corporate accountant, goes to jail after his company's Enronesque fall, Pat, his landscape-designer wife, is pathologically unwilling to grasp the fraud's implications in this muddled novel from Carey ( ). Pat inexplicably decides to repay a random group of the fraud's victims, first through personal checks and then, even more bizarrely, through a planned investment in wind energy.Along the way, she reunites with her former lover, Lemuel Samuel, and her onetime best friend, Ginny Howley, both mystery writers who suffered in the company's collapse. The penniless Ginny joins Pat's odyssey, while Lemuel's son keeps the Foys' teenage daughter company. Though Lemuel and Ginny's sane presence and a mid-book switch to Ginny's wonderfully quirky, self-reflective viewpoint offer welcome relief, the narrative never gels as social satire, moral commentary, character study or intellectual puzzle.