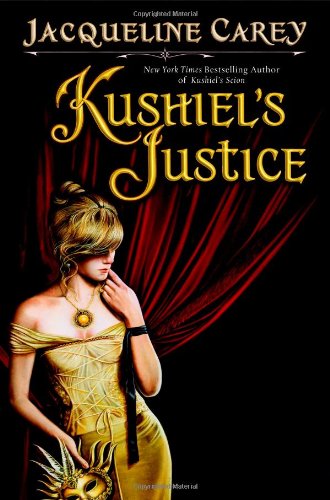 estseller Carey's fifth book in her Kushiel's Legacy series, volume two of her Imriel fantasy trilogy (after 2006's ), is a moody tale of violence and divided loyalties. Phèdre nó Delaunay, the sexually adventurous heroine of the first trilogy, has become a placid foster mother to Prince Imriel, son of the unseen traitor Melisande Shahrizai. Carey's infamous explicit sex scenes now portray Imriel's illicit and often violent affair with Sidonie, daughter of Queen Ysandre. Their romance is frustrated by Imriel's obligation to marry Dorelei, an Alban princess, and beget future rulers of Alba. When Dorelei and her unborn son are betrayed and Imriel is badly wounded, he finds himself torn between his vow to avenge his wife and child and his desire to seek solace in Sidonie's arms. His inner conflicts are ameliorated by religious faith, a change from previous books that may please some readers and dismay others. Imriel serves well as protagonist, however, and events are clearly building to what promises to be a spectacular climax in the sixth volume.