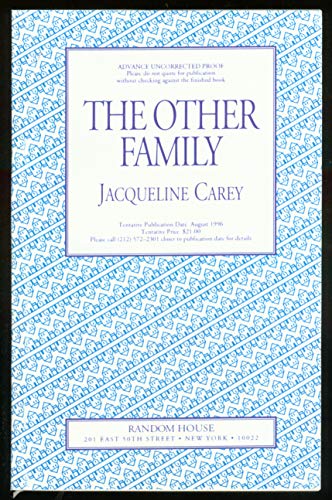 In this smartly told, funny and deeply poignant first novel, the author of the praised short story collection Good Gossip offers both a fractured but believable coming-of-age tale of a young narrator, Joan, and a perspicacious exploration of divorce circa the late 1960s. As the novel opens, 14-year-old Joan and her younger brother, Hugh, are reunited in Manhattan with their mother after a two-year hiatus, during which she abandoned them and divorced their nutty, dope-smoking musician father. The siblings learn that they will be spending their summer vacation with their mother's sister Iris's family, the Eberlanders, which includes husband Charles, an overbearing psychiatrist, and two seemingly perfect teenaged daughters, Polly and Budge. During the course of their annual summer visits, Joan and Hugh are introduced to the magnetic Eberlanders's posh life in Brooklyn Heights. Joan develops a crush on her aunt Iris, who is beautiful, accident-prone and running for local political office; dislikes Uncle Charles, whom she suspects of having an affair with Iris's best friend, perky Vi; is disgusted with the ""new version'' of her well meaning but oblivious mother, a nascent hippie involved with a slimy dud of a boyfriend; and discovers that Polly and Budge are as rebellious as she is. When the Eberlanders' marriage dissolves and Charles and Vi marry, Iris at first seems to handle it with grace. But when she later suffers a mental breakdown, Joan understands the reasons--Iris's fear that she is no longer ""the heroine of her own life,'' but merely someone ""who got to talk to the main characters sometimes''--and that this epiphany applies equally to herself. Carey's wry, taut prose is seamless, her characterization is empathetic and sharp, and her evocation of the new personal freedoms wrought by the '60s--and their resulting broken bonds--is subtle and memorable. (Aug.)
close
Details