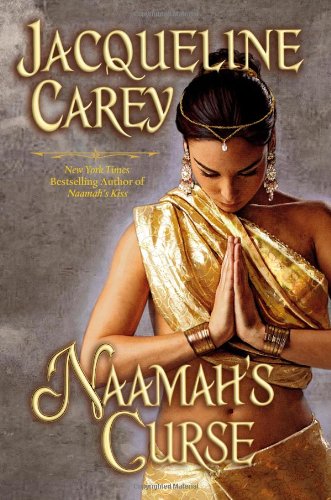 In this sequel to 2009’s , Moirin, the devoted servant of a sex goddess, journeys across half of a fantasy version of Asia in search of her soulmate, Bao. In Tatar territory, she finds Bao... and his wife. His father-in-law, the Great Khan, is willing to go to great extremes to keep Bao and Moirin apart. Captured by the fanatic Patriarch of Riva, Moirin escapes to find that Bao has vanished again, this time headed toward the distant lair of the Spider Queen and her army of assassins. The romantic tale is marred by Moirin’s narcissistic awareness that she is destined for a glorious fate that lesser mortals like Bao’s jealous wife may only envy. Carey’s storytelling ability is top-notch, however, and readers will applaud her willingness to resolve major plot threads in the middle book of a trilogy.