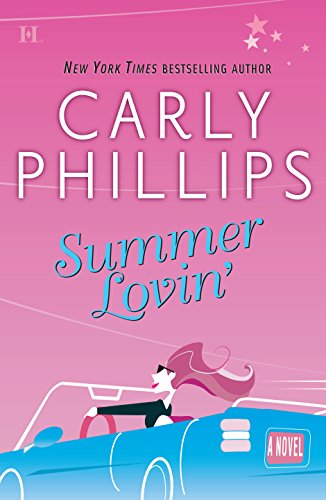 Phillips's latest cheerful romance ( ; ) relates the opposites-attract sizzle between a sexy, Greek Jersey girl and a buttoned-down Boston lawyer who come together over the fate of a teenage girl. Zoe Costas lives happily with her big, vibrant family, including her 14-year-old foster sister, Sam, in Ocean Isle, N.J., and runs a security firm in Atlantic City. She's about to turn 30, but she's not pining for a man. That is, until Sam's long-lost (and very handsome) uncle Ryan Baldwin appears, just as Zoe's parents are about to finalize the girl's adoption. Sparks fly at cross purposes: Zoe's family adores Sam, but Ryan hopes to restore his niece to the Baldwins, having just discovered her existence. (Sam's deceased mother ran away from home as a teenager.) Zoe's firm investigates the Baldwin family, and she discovers that Sam's keepsake from her mother, an innocuous set of keys, will unlock the mystery of her mother's last days as well as a family secret. Despite conflicting hopes for Sam—on top of a stark culture clash—Zoe and Ryan team up for Sam's best interests, and, of course, for their own inevitable passion. Phillips's light touch assures a happy ending to this diverting beach read.