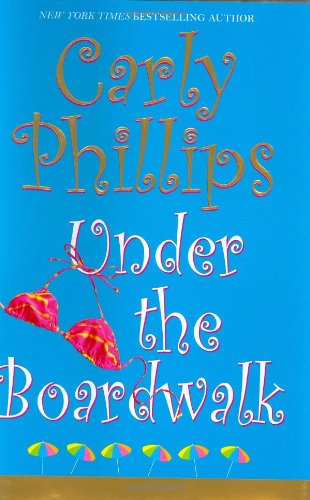 Ariana Costas, the heroine of Phillips's ( etc.) featherweight confection, is a Jersey girl with a wacky family who quickly gets caught up in some potentially dangerous hijinks. Sound familiar? Despite the parallels, Ariana is no Stephanie Plum. Rather, she's a confused, repressed psychology professor who feels like a misfit in her family of eccentrics. But when she learns that her twin sister, Zoe, has gone missing, she reluctantly returns to her family home just outside of Atlantic City. Shortly thereafter, she's shot at and saved by gorgeous undercover police detective Quinn Donovan, who tells her, in no uncertain terms, that Zoe is fine and that she should hightail it out of town for her sister's safety and her own. Instead, Ariana decides to don Zoe's miniskirt and do some sleuthing at the casino where Zoe worked. When Ariana isn't poking around the casino or heating up the pages with Quinn, she's trying to talk some sense into her parents, a pair of lovable Addams family look-alikes who are plotting their next money-making scheme. Phillips's passive prose prevents her protagonists from growing beyond their prescribed roles, and her ham-handed humor contributes little to the story (Ariana's family owns a monkey named Spank, which naturally leads to exchanges like this one—Ariana: "Spank who?"; her mother: "Spank the monkey!"). Nevertheless, Phillips's tale is loaded with enough sexual pyrotechnics to light a fire under her fans. .