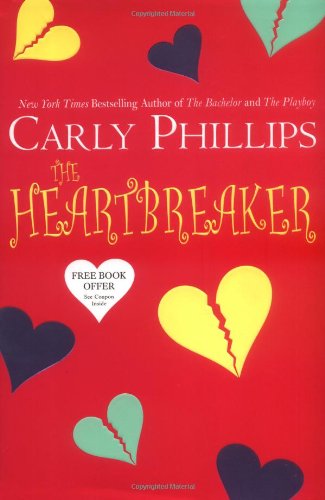 Of all the bars in Washington, D.C., Sloane Carlisle happens to walk into the hole-in-the-wall where Chase Chandler is nursing a Miller draft. Avowed singleton Chase needs a cold one after overdosing on the marital bliss of his younger brother, Roman, and Roman's pregnant wife, Charlotte. (Roman and the third Chandler brother, Rick, starred in Phillips's paperback bestsellers and .) Sloane has come in search of scotch straight up to recover from shocking news: she's not the biological daughter of Sen. Michael Carlisle, whose dead first wife, Sloane's mother, grew up in Yorkshire Falls, N.Y., where Chase is publisher of the local paper. Furthermore, Sloane has learned, two Carlisle staffers may be plotting to kill her real father. Chase knows none of this—only that here is "a vision in a dress so pink, so short, so bare, it ought to be illegal." And Sloane has no idea that Chase has come to Washington hoping for a scoop on Senator Carlisle. Nevertheless, one smoldering glance is enough to seal the couple's fate. The ensuing sex scene is vintage Phillips: uninhibited lubricity made responsible (condoms) and romantic (champagne). While the characters busily tell themselves and each other that it's just for tonight, readers have the bonus thrill of certainty that tonight is the beginning of forever. Whether between soft covers or hard, Phillips loves to get her hero and heroine in bed—or up against a pool table, surrounded by salivating louts, in the book's kinkiest passage. But family values so dominate the interstitial scenes, it's a safe bet that Senator Carlisle is a Republican. And that Phillips's fans will make the leap to hardcover in droves.