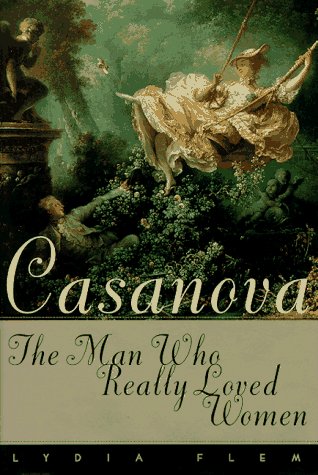 Presented in 1794 with a prepublication excerpt of Casanova's Histoire de ma vie, a friend of the Venetian adventurer, scholar, magician, priest, spy, prison escapee, novelist, translator, duellist, charlatan and (of course) seducer raved: ""One-third... made me laugh, one-third gave me an erection, one-third gave me food for thought.... You outdo Montaigne."" Despite its early acclaim, the Histoire has not always been available and, at 12 volumes, it has taxed the patience of readers less easily amused, aroused or edified than Casanova's contemporaries. For these reasons, perhaps, Belgian psychoanalyst Flem has written what amounts to a Cliffs Notes version of the Histoire, arranged according to chronology and subject and glossed with the faddish, altogether predictable thesis (or moral, really) that Casanova ""threw himself into life and required nothing in return except that most scandalous of rewards: pleasure."" To support that thesis, Flem cites only two trivial primary sources besides Casanova himself. This proves a limitation for her otherwise charming hagiography. She tells us that Casanova was a sexy guy, but anyone who boasts of ""seven male climaxes against fourteen moments of female bliss"" demands a certain skepticism--in lieu of corroborating witnesses, at least. Moreover, despite Flem's polemical claims on his behalf, Casanova makes an indifferent proto-feminist saint (what do we make of his rougher seductions, his incestuous affairs, his two-faced, mysogynist spy reports?). It is in this sense a good thing that Flem presents him in his own words whenever possible: he is too complex a character, living in too sophisticated an age, to be faithfully captured by the hand of an iconist. (Oct.)
close
Details