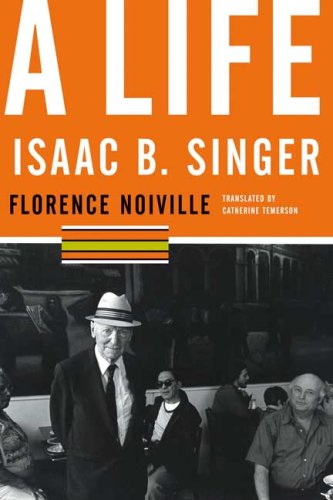 Isaac B. Singer: A Life

Nobel laureate I.B. Singer created a rich imaginary world during an emotionally austere childhood as the son of a rabbi absorbed in the Talmud and a cold, distant mother. His family's stint from 1908 to 1917 on Krochmalna Street in Warsaw's Jewish quarter, where his father arbitrated disputes, celebrated marriages and granted divorces, gave Isaac a front-row seat to the passionate dramas of daily life. This period was a fount of inspiration for Singer until his death in 1991. Far more complex than the media's image of the impish Jewish fabulist, Singer, as Noiville shows, was at once a calculating, charming womanizer and a depressive introvert who often alienated those closest to him, including his mentor and older brother Joshua, a bestselling novelist who invited him to America and got him his first commissions from the Jewish ; Saul Bellow, whose brilliant translation of "Gimpel the Fool" was Singer's passport to fame; and his son, Israel Zamir, whom he abandoned in Poland at the age of five. Drawing on Singer's oeuvre as well as interviews with his son and various peers and collaborators, literary critic Noiville paints a respectful, worthy portrait of the penniless immigrant who became a brilliant writer. Illus.