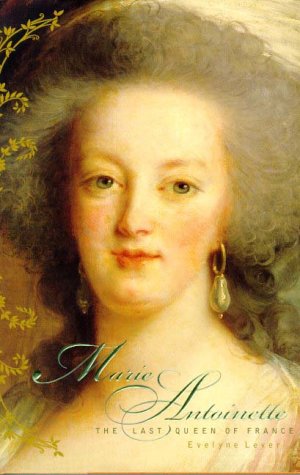 This romantic portrait of the queen who was reviled--and eventually executed--by the French revolutionaries transforms the woman who supposedly said ""Let them eat cake"" from a symbol of the cruelty of class politics into a quaint sovereign. Lever, a French historian who has written biographies of Madame de Pompadour and other figures of the French court, sees Marie Antoinette as a fashionable and frivolous victim of salacious rumors. While she admits that her subject had a ""complete lack of insight into the aspirations of the majority of the French people,"" Lever portrays Antoinette as the novelistic heroine she always wanted to be--not an actor on the political stage. Her ""voluptuous bosom,"" ""fleshy mouth"" and ""supple neck,"" Lever writes, were unspoiled by her ""slightly protruding blue eyes,"" and she ""knew better than any other sovereign how to bring to perfection the aristocratic art of living of prerevolutionary France."" Although a compelling narrative, the book doesn't do justice to the weighty moral and political themes Marie Antoinette's life and death raise. The queen, it is clear, was a political disaster, managing to alienate both a sizeable section of the courtly aristocracy and the starving masses. Her extravagance and counter-revolutionary impulses provoked ""incredibly venomous"" lampoons (and, of course, her death). But Lever never takes up these components of her life. Rather, she repeatedly ascribes acts of revolutionary violence to ""madness"" perpetrated by ""madmen."" Energetically researched in Paris, Vienna, even Sweden (the home of the queen's dark, handsome beau, who also ""looked exactly like the hero of a novel""), the book is evocative, but romance, rather than historical analysis, takes precedence here. 8 pages of b&w photos not seen by PW. (July)
close
Details